In my revisited series I look back at old shots in my Lightroom library and take a fresh look at how they were shot and processed.

Today is Australia Day so I'm revisiting a shot taken at the 2014 G20 Summit hosted in Brisbane. 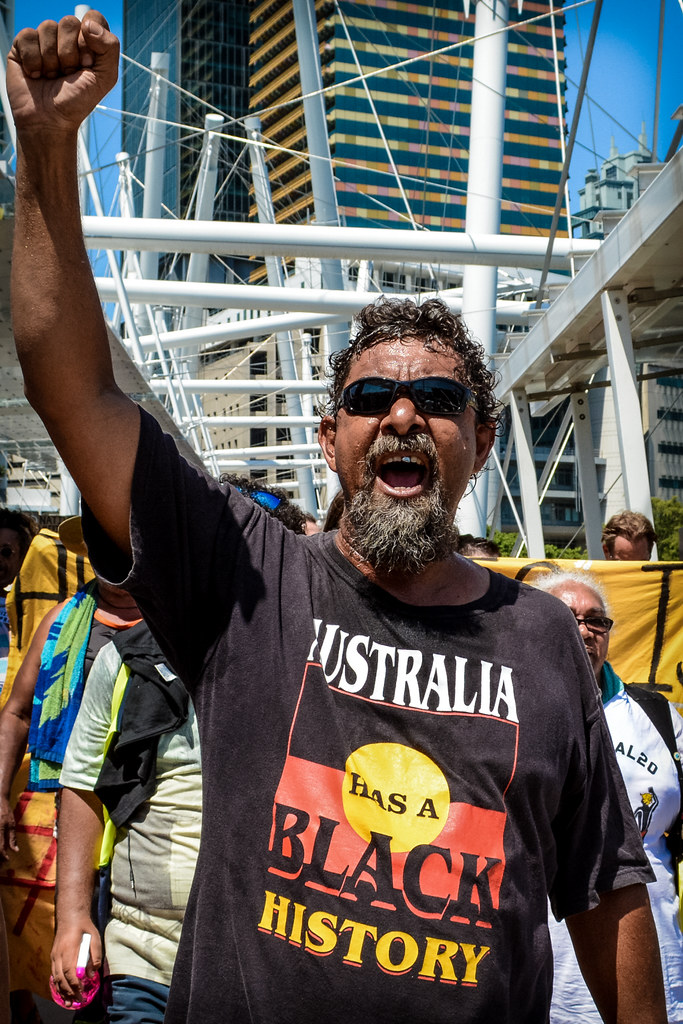 It was a hot day, around 40 degrees, and I had met up with some other local photographers to shoot a protest that was being held at the Roma Street Forum. We spent a few hours there before moving on sometime after lunch, heading into the mall for a bite to eat and a rest, then wandered over to another area to watch a few motorcades drive past.

The protest was supposed to become a march and I had originally planned to follow the march as well, but by then the heat and fatigue had set in and we started walking back to the train station to head home. On the way we saw that the march had started and the hundreds of protesters were now heading for the Kurilpa Bridge. I decided to go for it, said goodbye to the others, and took a short cut up Tank Street, and found myself merging with the front section of the march.

It was very, very loud. For a few minutes I just kept pace with the crowd, getting a sense of the situation. There was a lot of passion and energy but I didn't see any signs of trouble (a lot of people were concerned about violent protests in the lead up to the G20 weekend), so I started to look for shots.

The first thing I realised was that taking shots of the backs of people's heads wasn't going to be very interesting. To get shots of people's faces I would need turn around. The march filled the entire bridge, there was nowhere for me to stand off to one side. I would have to shoot while walking backwards.

I practised a few times until I got the hang of it. I would turn, shoot a quick burst while still moving, then turn back around to make sure I didn't trip or crash into anybody. I was using my Nikon D7100 with 18-55mm kit lens. I had two other lenses in my bag, a 50mm and an 11-16mm, but the 18-55mm was giving me the best results in the crowds and besides, it was too late to change lenses at this point.

For the shot you can see above I took a burst of three, and this was the only one where I captured him mid-shout. Here's the original unprocessed shot. 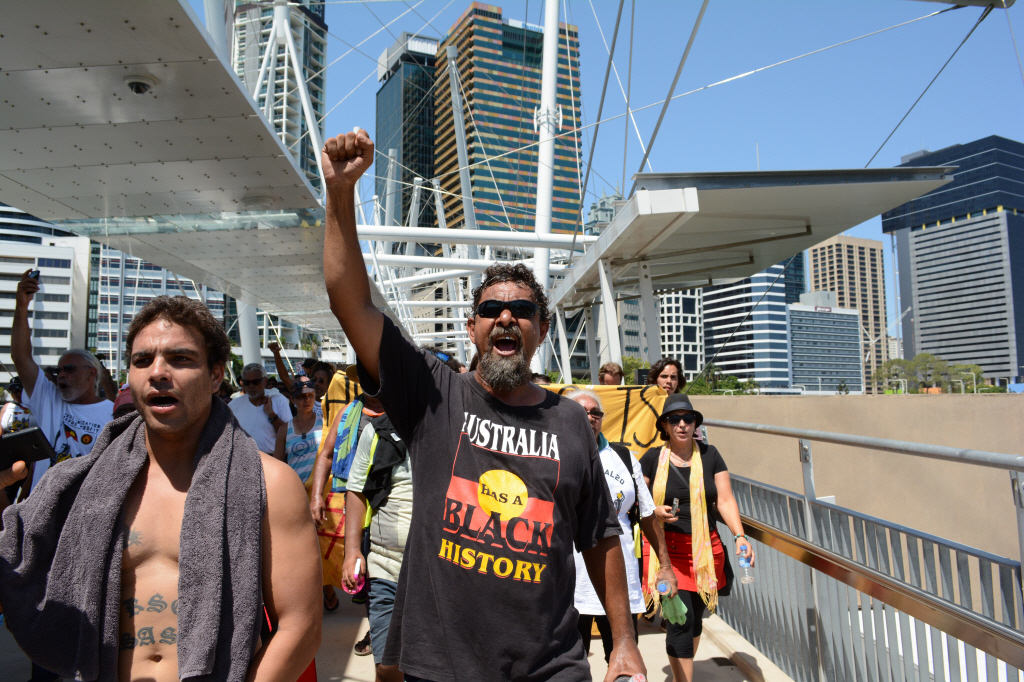 The same shot with some adjustments in Lightroom. 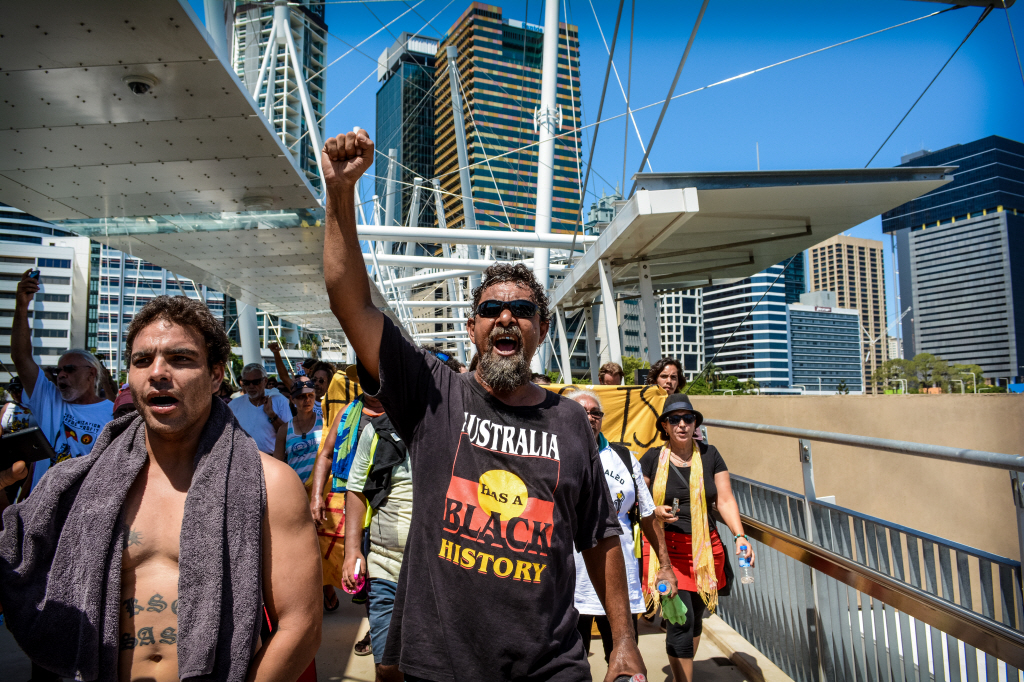 The first crop. I was trying to give a sense of the crowd but it didn't really work here. 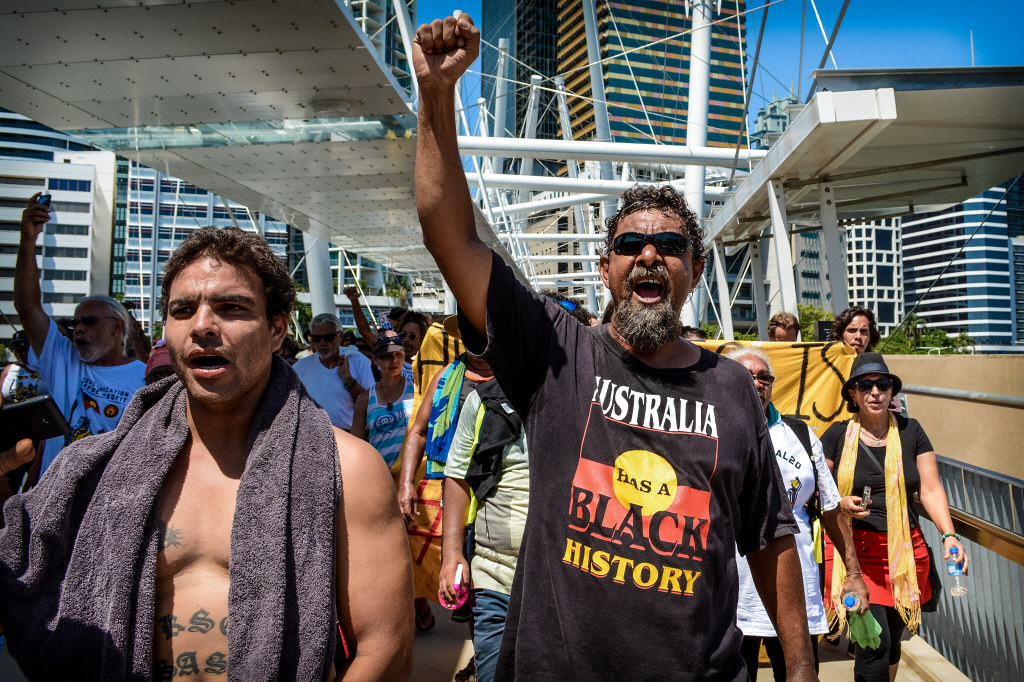 The second crop. Somewhat better, and this was where I stopped processing it back then, and used this version in my 365 project. 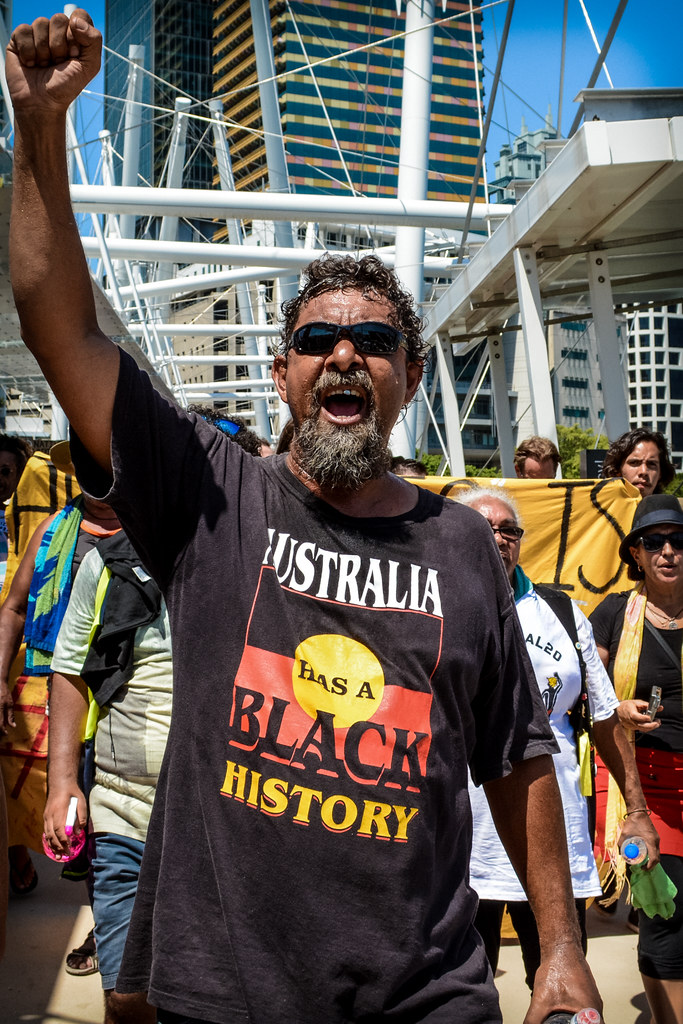 Revisiting it today, I'm still pleased with the adjustments that I made, but not the final crop. So I've cropped it a little tighter again.

When I first posted this photo online a few people asked me whether the protesters minded me being there and taking pictures of them. I don't think they were upset about it at all. There were plenty of other photographers and journalists around that day. If anything I think they were quite happy about it. When most protesters would see me pointing my camera at them they would stand a little taller, shout a little louder, show a little more passion and energy. Obviously they wanted to be seen and heard that day.

Paul is a an author, blogger, and online trainer living in Brisbane, Australia. He was the founder of Practical 365, a former Microsoft MVP, and is a Pluralsight trainer. Say hi on Twitter.

The essential career guide for IT professionals.

Career Advice for IT Professionals in 2019

Paul is a an author, blogger, and online trainer living in Brisbane, Australia. He was the founder of Practical 365, a former Microsoft MVP, and is a Pluralsight trainer. Say hi on Twitter. Read More…

Surviving IT: The Essential Career Guide for IT Professionals Learn more