Earlier this year I bought myself a Lenovo Yoga 900. I wrote a full review at the time, which you can find here, but the summary is that I needed an ultrabook to replace my aging MacBook Air and that could run some virtual machines and let me be as productive on the road as I am in my home office.

Since January I’ve taken the Yoga 900 with me to several conferences, short weekend holidays, remote work days, and overseas trips. The Yoga 900 has proven to be a good purchase, as proven during my most recent trip to speak at IT/Dev Connections in Las Vegas. 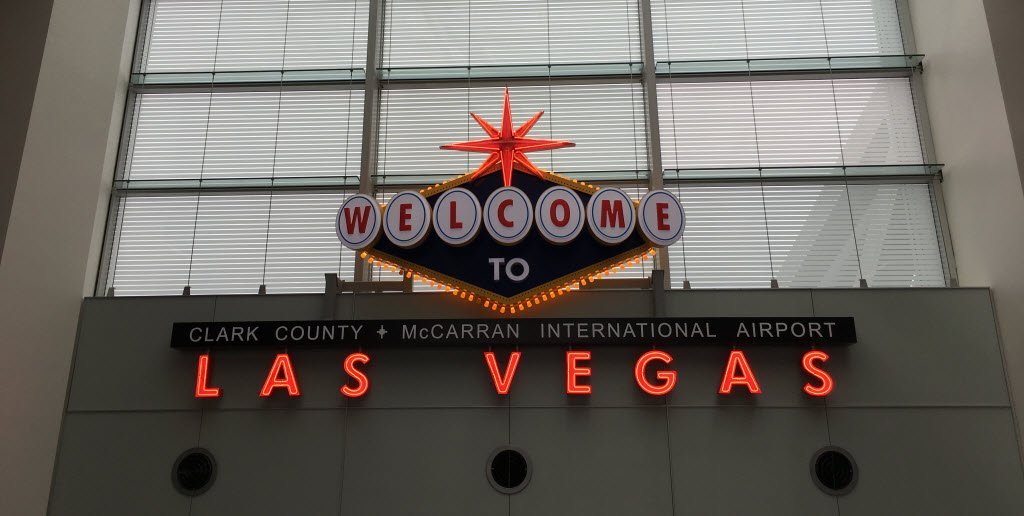 Traveling with technology, at least for me, usually means striking a balance between taking as few items as possible while still carrying enough equipment in case something goes wrong. If I’m going on vacation and I don’t mind that my only laptop might fail on me, then it’s easy to just carry one. When I’m speaking at an event that requires me to use my own equipment to present from, taking a backup device is sensible. For the last two years I’ve taken both a MacBook Air and a Surface Pro 2 to speak at IT/Dev Connections, just in case. Both work fine from a presenting perspective, but the Surface Pro 2 is quite useless as a traveling device (in my view) because it doesn’t work well sitting on your lap, the battery life is poor, and the touchpad is terrible which necessitates the use of a mouse. The MacBook has good battery life and a great keyboard and trackpad, but doesn’t have all the software I need these days. And neither of those computers has enough resources to run a decent number of VMs if I need them for demos or writing on the road.

So this year I packed my Yoga 900 for the first time to this event. I used it to work in airports, for a few hours on flights, in my hotel room, and of course I also used it during presentations. Taking the Yoga 900 in carry-on is easy since it is so slim and light, and has a very small power adapter (which I didn’t need to use anyway) instead of a large power brick. 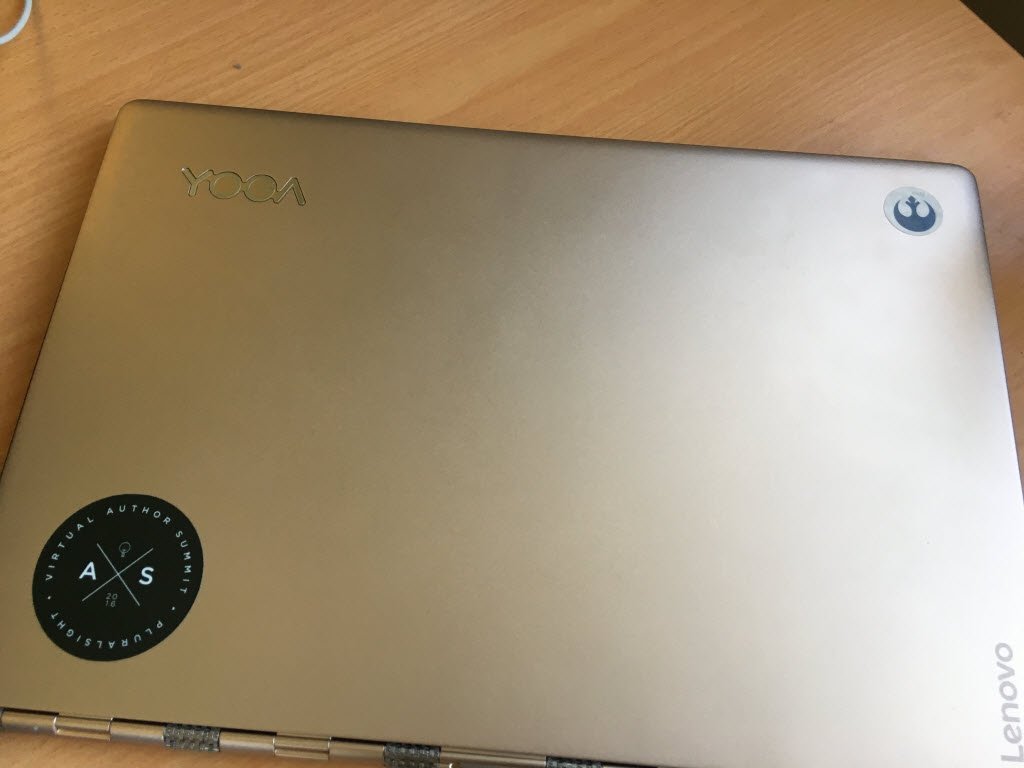 Because the Yoga 900 and its power supply are so small I was able to fit everything into a single backpack. I see a lot of travelers who end up needing to take a separate laptop bag along with them. Everything I needed for three flights in each direction fit into the one backpack, including the laptop, power supply, international adapter, Kindle Oasis, a spare t-shirt to change into, a hoodie for the cold weather during stopovers in Auckland, a water bottle, my travel documents, and various other little things like headache tablets and hand sanitizer. This meant that, unlike the person in the picture below, when I was in the final boarding group for my flight out of Las Vegas to San Francisco and all the overhead cabin storage space ran out with still about 20 people to get on, I could simply place my backpack under the seat in front of me. 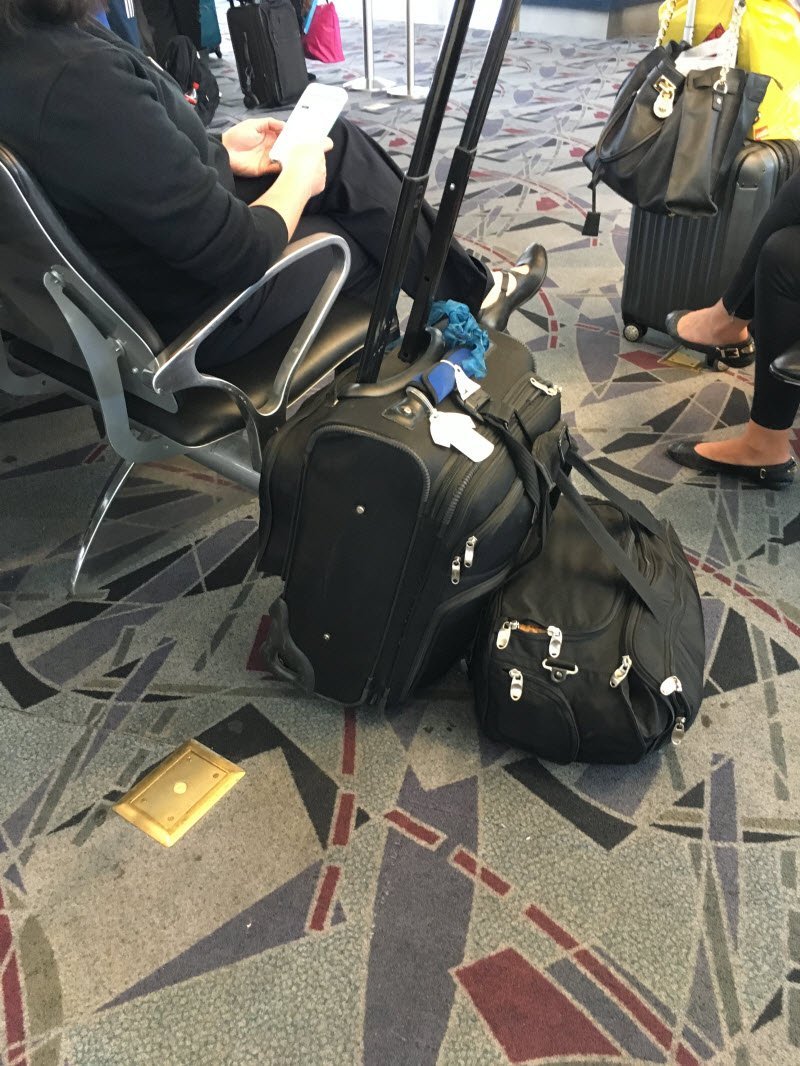 Now, traveling with any Windows 10 computer at the moment is a bit frustrating, if you ask me. Windows Update has been driving me crazy at home lately, and even though I made sure to update before leaving, another Patch Tuesday rolled around while I was gone, and my Yoga 900 got stuck in a never-ending shutdown at one stage when I was trying to leave the hotel on the final day. But other than software problems like that, it performed reliably.

So after a few trips with the Yoga 900 I can confidently say that it is as convenient to carry around as a MacBook Air. If I really want a backup laptop on a trip, I can fit both into my backpack at the cost of a little more weight to carry. The Yoga 900 battery life consistently runs in the 8-10 hours range for me. The main differences are which apps I’m running, and the screen brightness. I don’t tend to run VMs while on battery though, which would likely drain the batter faster. Considering the price of comparable spec computers like the Surface Book, my Yoga 900 has turned out to be a good value buy.